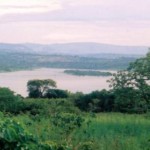 The Regional Agricultural Trade & Productivity (RATP) has therefore announced a call for proposal that can be categorized as preparation for a development program. The RATP is managed by a Project Management Unit based in Bujumbura-Burundi, and is administratively linked to the NBI’s (Nile Basin Initiative) Subsidiary Action Program for the Nile Equatorial Lakes (NELSAP), which has a coordinating unit (NELSAP-CU) based in Kigali. 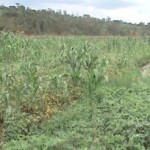 FutureWater, in collaboration with WaterWatch, successfully applied for this study, and were assigned by RATP to work on this project. The general objective of the study is to assess the irrigation potential of seven Nile Countries (Burundi, Eastern DRC, Kenya, Rwanda, Southern Sudan, Tanzania and Uganda) in order to fill gaps in the NBI and member country information bases on agriculture water use. The assignment will be carried out under the RATP project, with the support of NELSAP and the Directorate of Irrigation in the Ministries in charge of Water and Irrigation in the seven countries.