On June 2, 2015, Thuy Loi University in Hanoi hosted a short course for professionals from Vietnamese organizations to transfer knowledge and technology on water resources modelling. This training for professionals was organized in the framework of the NICHE project Improvement of higher education in water management in view of climatic change in Vietnam, financed by NUFFIC. Training was provided by two FutureWater hydrologists. 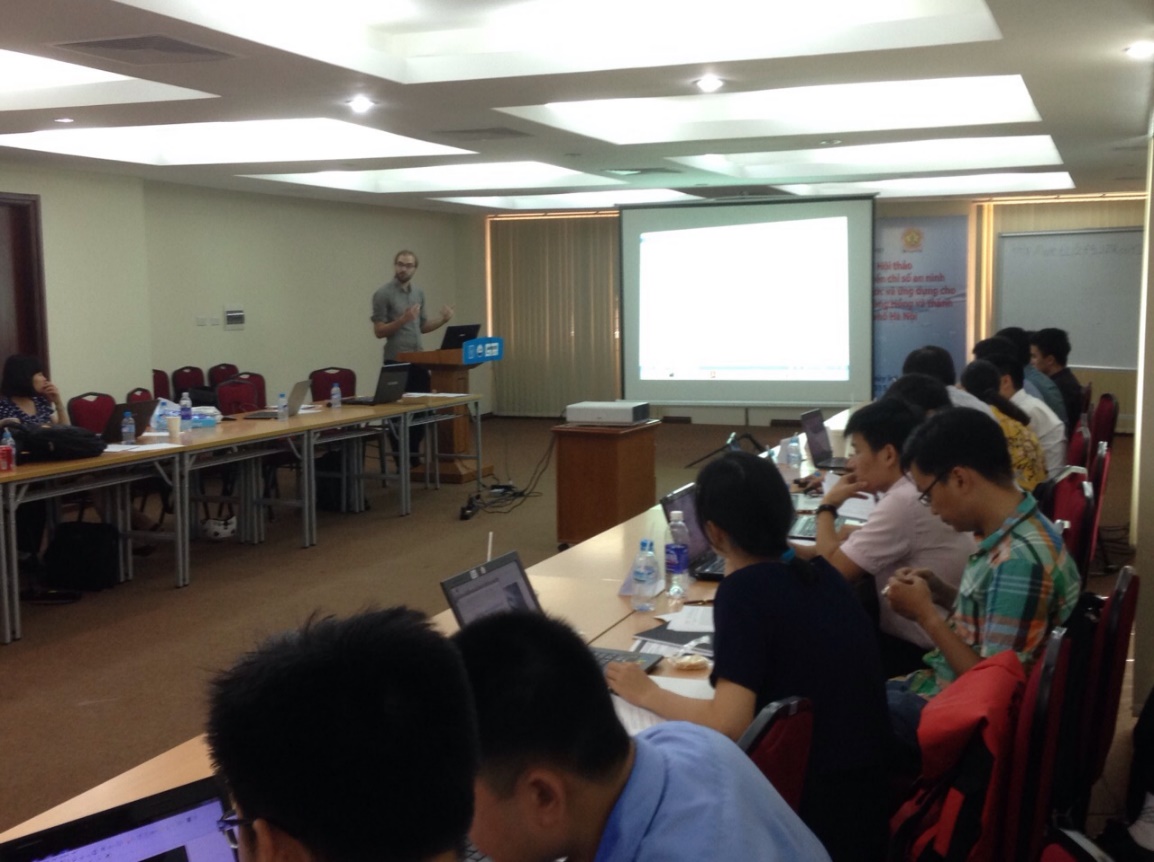 Gijs Simons explaining the ins and outs of the SPHY model.

FutureWater has developed the Spatial Processes in HYdrology (SPHY) model in response to global water-related challenges and improved its usefulness by applying the model in various research projects. SPHY is a state-of-the-art hydrological modelling tool that can be applied for operational as well as strategic decision support. The SPHY modelling package is available in the public domain and only uses open source software and is therefore free of charge. SPHY is currently being applied successfully in several projects in Vietnam.

The training covered demonstrations of the modelling concepts of the SPHY model, its development background and underlying theory, and some typical applications in which the SPHY model has been applied. More importantly, hands-on training was provided in setting up the SPHY model for a case study area in Vietnam. During this hands-on training, the participants worked in groups of 2-3 people to solve a series of assignments, concerning model input preparation, configuring and running the model, as well as analysis of outputs and calibration. Special attention was paid to the newly developed SPHY module for simulating reservoir operations, a very relevant subject in the Vietnamese context.

Wilco Terink was one of the FutureWater hydrologists providing the training.

The audience consisted of over 30 water professionals from a variety of Vietnamese organizations, including government departments and research institutes. They rated the training highly and generally regard SPHY as a very useful tool for applications in flood prediction, drought monitoring and simulation of reservoir operations.