During the week of 27-31 July, training in Water Resources Modeling (using SPHY) was provided to 3 ARAs (water boards) in Mozambique, being ARA-Centro, ARA-Centro-Norte, and ARA-Norte. This training was funded by NUFFIC’s Tailor-Made Training Programme, which is part of the Netherlands Fellowship Programmes (NFP II), and is specifically meant to enhance the overall functioning of an organization by training a selected group of its staff members.

The three selected ARAs were facing a knowledge constraint in how-to use and apply these models, in order to have a stronger advisory role towards policy and decision makers and people living in their management areas. Therefore, these ARAs requested a Tailor-Made Training in “Water Resources and Allocation Models to Support Decision Making for ARAs”.

The first week of training focused on Water Resources Modeling using the Spatial Processes in HYdrology (SPHY) model, and took place at the premises of ARA-Centro in Beira, Mozambique.

Topics covered during this week were: 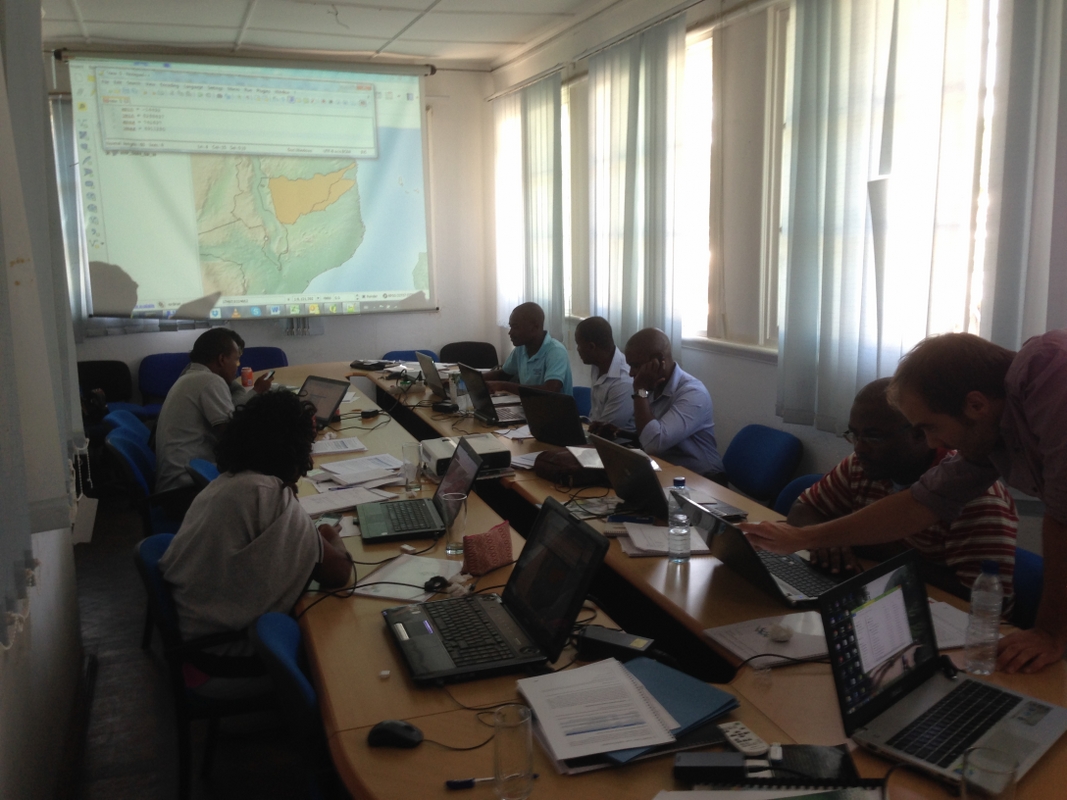 he first day of training mainly covered the first three topics, whereas building a SPHY model for a case-study basin (Pungwe River Basin) was done during the second and third day of training. During these two days the participants were actively working with the model on their own laptops. Using the course manual they were able to setup the model step-by-step, and eventually used the model to evaluate some scenarios. The last two days focused on building SPHY models for river basins that were potentially interesting to the ARAs involved. The ARAs started building a SPHY model for the following basins:

They will continue to work on building and improving these models during the coming months. These models will eventually be evaluated during the last block of training scheduled in December 2015. The theoretical part was successfully evaluated by an examination on Friday, and a certificate of  completion was handed to all participants.