Dr. Walter Immerzeel participated in an expedition to the Langtang region in October 2015 together with a group of scientists and a journalist from ICIMOD. It was the first time after the earthquake in April 2015 for the scientists to return this area, where they have been working for the past few years. It was saddening to see the damage to the villages and the lack of support reaching the valley. The team was able to repair most of the hydro-meteorological stations and they investigated two debris covered glaciers using flying sensors. Preliminary results show that the entire catchment has shifted southwards more than one meter and lowered approximately half a meter. By returning to the valley the scientists hope to support the communities and to continue the scientific research in this beautiful but vulnerable region. 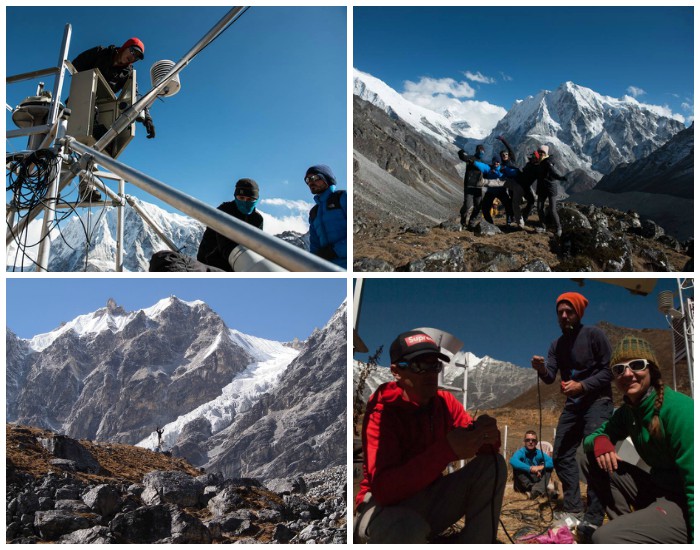