The objective of this project was to develop a hydrological assessment for two potential hydropower plant locations in the Mestiachala basin in Georgia. The availability of observed river discharge data is limited. Hence the assessment was developed based on hydrological simulations of the basin using the SPHY model (Terink et al., 2015). State-of-the-art global datasets were used for the biophysical input requirements of the hydrological model. The model was calibrated with the available river discharge data and then extended for a period of 36 years (1980-2015) at the locations of interest. The main output is the daily river discharge and the corresponding flow duration curve for each hydropower plant (HPP1 and HPP2). In addition, the contribution of rainfall, snow, glaciers, and baseflow to the daily river discharge was quantified. Scenarios were developed to evaluate the impact of climate change in the river discharge. Results of the climate change scenario simulations are included.

There is great potential for hydropower in Georgia, and this natural resource is likely to be increasingly utilised for power generation in the future. With the escalating demand for energy, government authorities are keen to harness renewable energy from the country’s main rivers. Often these projects aim at remote communities for which connecting to the national power grid is expensive. Hence, local hydropower production is an attractive and sometimes viable option. Critical is to conduct accurate feasibility assessments for hydropower generation at the different potential sites of interest considering climate change impacts. This work is a glacio-hydrological assessment of the expected river discharge at the planned hydropower sites in the Mestiachala river, Georgia.

Based on the requirements of the project, the Spatial Processes in Hydrology (SPHY) cryospheric-hydrological model was selected for the assignment. SPHY is a hydrological model that simulates the runoff at any location within the basin at a daily timescale. SHPY is ideal to assess glacier and snow influence in the river discharge and evaluate the impact of climate change. SPHY was used to predict the river discharge for the extended period of record and provide enhanced flow duration curves for hydropower assessment. In addition, total runoff components were quantified such as snow and glacier runoff.

This glacio-hydrological assessment delivered river discharge estimates for intake locations of two planned runoff river hydropower plants near Mestia, Georgia. The assessment included the calibration of a hydrological model, daily river discharge simulation for an extended period of record (1980-2015), climate change scenarios, and the derived flow duration curves to evaluate the flow operation of hydropower turbines. In addition, total runoff components were quantified such as snow and glacier runoff.

The daily river discharge was simulated at the two intake locations for two future periods (for the end of the concession period and for the end of century period) considering two climate change scenarios (RCP4.5 and RCP8.5). Hydrological model simulations were developed using future precipitation and temperature predictions and future glacier extent predictions. The climate change scenarios provide an evaluation of flow operation uncertainty. The daily flow calculations for the two sites can be used in the hydropower calculations, and to assess the overall profitability of the planned investment, taking into account energy prices, demand, etc. 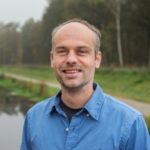